skip to main | skip to sidebar

On Twitter, whenever a member does not upload a photo or avatar, the graphic defaults to the above o_O image. For the first day of Flash Story's life, this was my avatar as well.

While I want to remain anonymous, I'd rather not default to the house graphic. It's one thing to be anonymous but quite another to be boring, so I sought to create my own avatar.

But what does o_O mean? At first, I assumed that it meant something like "Yet another anonymous poster," so based on that premise, I developed my own graphic based on the o_O symbol: different but the same idea of anonymity.

Dress up o_O, and they will come.

Then I did a little digging.

According to Wikipedia, o_O means "shocked or disturbed."

I didn't realize Twitter had so many shocked and disturbed users, but apparently that's the case.

Okay, so then the message my graphic sends out:

I'm disturbed and shocked, but it's all dressed up and fancy; moreover, the dash in the symbol reminds me of the iconic Monolith from Stanley Kubrick's 2001: A Space Odyssey. So it's all good.

If I were more graphically adept, I would be able to make that underscore float around in outer space--what fun that would be! 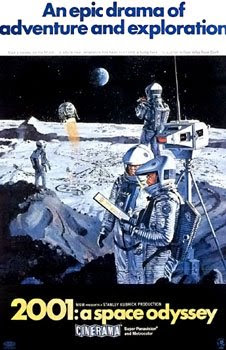 So that's the story of how my avatar came into existence.

Read my story tweets on Anonymous!

Tweets to be Moved Here!

Want to participate in a "Splinter Story" project?

Each sentence on my blog Anonymous is part of a Flash Story that I'm writing. But there is no reason why each "tweet" can't become a building block for yet another story, written by you and others.

On Anonymous, simply find a sentence that on its own seems like a great first line and (in the comment section) simply start building a new story, which does not need to be related to my story.

Others may come along and add to the story.

You may post anonymously, but if you want credit for your line(s), feel free to include your user name or even real name (but do not post any highly personal details about yourself).

Terms of Service (TOS)
Given the anonymous and experimental nature of this project, all story blocks (comments) become the property of the webmaster and may be used in published form without any compensation to participants.

By posting on Anonymous, you agree to these terms.

I'm an anonymous writer who decided to tweet a story or maybe even a novel on Twitter. But after learning of some "open source" issues, I have decided to move my past tweets to Anonymous and continue my future tweets there.

I choose to "tweet" anonymously, not because I have anything to hide (I don't), but because I want the freedom to write unfettered. In addition, if the result is totally awful, then nothing has been gained or lost.

I live in Any Town, and reside in the state of Any Where, U.S.A.